For some time, I’ve been thinking about having an iPhone case that looked like a book. This is, in part, because of the looks you get at church if you use an iPhone, like I do, for devotional material (prayers, in particular).  I’m also a history geek and love the “old book” aesthetic, so I thought I’d give the BookBook a try.

The, theoretically, nice addition with this one is that you can use it as a wallet as well.  So, I just got mine in the mail yesterday, and here it is. 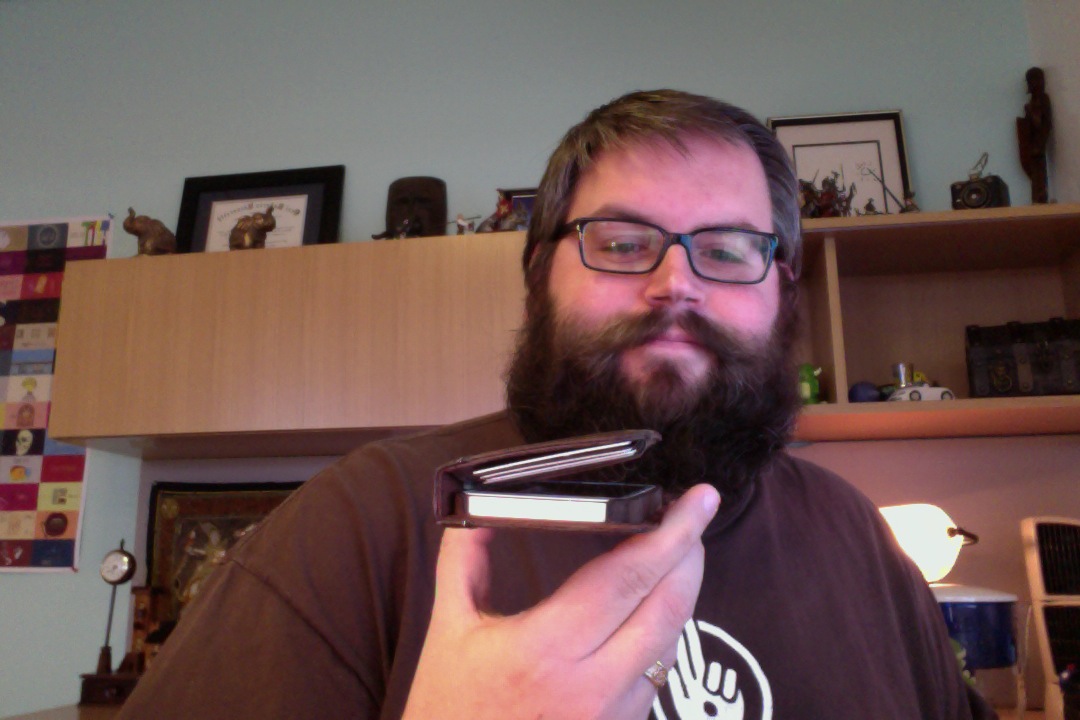 As you can see, it doesn’t stay closed on its own very well.  Now, I generally try to keep the bare minimum in my wallet anyways, but I had to skimp even more.  We’re talking: driver’s license, health insurance card, AAA card, one credit card, and one debit card.  I also have maybe 5 bills of cash.

Even though it fits, you can see it doesn’t really fit well.  That said, with some pressure, it almost fits in terms of the binding, i.e., it is about as thick as the spine of the book.  It is and feels fairly bulky in my front pocket, where I always keep my phone.  But it’s not uncomfortable.  It is noticeable even when standing, and I don’t wear tight pants. 😉

Things I don’t like/will have to be tolerated:

At this point, I’m not really sure about it. It’s the first of this kind of phone case I’ve tried, and most of the issues have to do with the class of case, rather than this specific one, which is quite snazzy/feels well made.  Will try it for some days at least and see if I can adapt w/o too much bother.

I’ve been using it for three weeks now, and I’m more happy with it now than I originally was.  Here are pics from today. 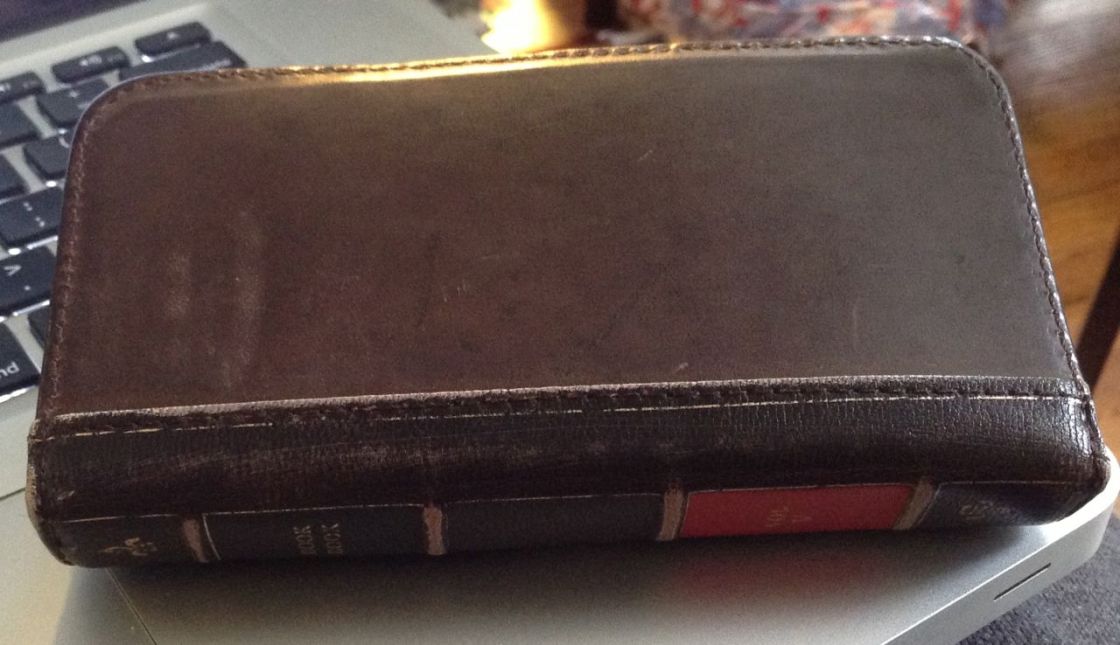 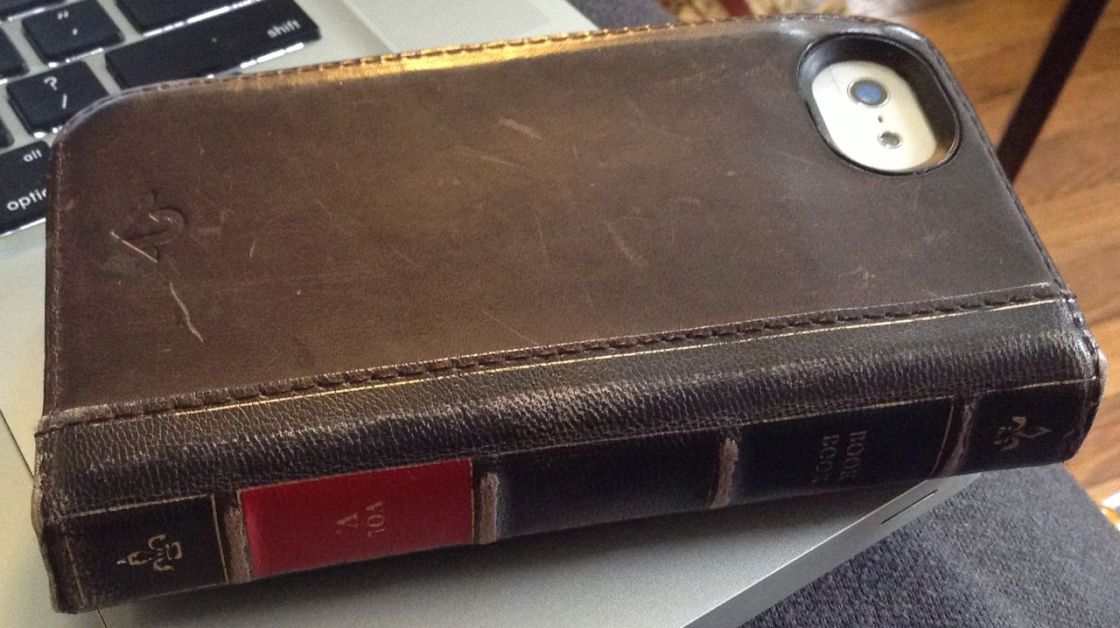 You can see there is some wear. Twelve South says, naturally, that this wear just adds to the character. I’ll say that at least it doesn’t take away from it. Looking like a vintage book, you might expect it to show some wear.

Now, about my main concerns:

About the pluses, well, the main thing is that it is really quite nice to hold, to look at, and to smell (though of course it is less smelly now). I’ve had quite a few compliments on it, even some jealous comments. I have found it is actually easier to hold for taking pics/video in landscape–the case gives you more to grip on without worrying about blocking the lens. As one person pointed out, people endure far more annoying things than the drawbacks of this case in service to aesthetics/style, so I can’t really complain. I find myself quite satisfied with it overall, and mostly I don’t think about or mind the cumbersome aspects. I do enjoy it and am keeping it as my case for the foreseeable future.  As always, your mileage may vary.